WHAT:
The S2SWI is a WASH development programme targeting to establish hand drilled boreholes and simple locally made handpumps for 20 schools with limited or unimproved access to water in Sierra Leone.

HOW:
Danish schools will come up with their own creative ways of raising 3.500 DKK to fully fund a well for a Sierra Leonean school, whom in turn will send letters, video and picture materials showcasing their situation before and after the establishment of the well.

WHY:
Water supply in Sierra Leone is characterized by limited access to safe drinking water. Despite efforts by the government and numerous non-governmental organizations, access has not improved much since the end of the Sierra Leone Civil War in 2002, stagnating at about 50% and even declining in rural areas.

In these areas pupils are often walking long distances to access water at unprotected sources such as streams, open for contamination. Due to this many students come to school late and are vulnerable to diseases, as well as assaults on their way to the stream.

WHERE:
The Republic of Sierra Leone is a country on the southwest coast of West Africa. It is bordered by Liberia to the southeast and Guinea to the northeast. Sierra Leone has a tropical climate with a diverse environment ranging from savannah to rainforest. There is a total of 6,624,933 people living in Sierra Leone (July 2020 est.).

WHO:
According to the numbers released by JMP in 2017, 58% of the population has access to at least a basic water service (improved source within 30 minutes round trip collection time).

S2SWI is targeting schools in communities with limited access to an improved water service (improved source over 30 minutes round trip collection time), or who’s source of water is contaminated.

Sierra Leonean schools can apply by using the form on the this page.

Danish schools can apply by using the form on the this page.

Walking for Water (W4W) is a NGO established in Denmark in 2015. The organization is specializing in raising funds for water supply systems in Africa and has successfully established projects in Tanzania, Sierra Leone, Liberia, Ghana and Nigeria.

ECO Rural Water Solution (ERWS) is a Sierra Leonean social enterprise established in 2016. They are specializing in cheap simple hand drilled boreholes and handpumps known as SL Pumps, made from locally available materials. Since their establishment they have built close to 400 projects across Sierra Leone, in partnership with organizations such as GIZ and UNDP.

Danish schools can apply to participate in the programme, by devoting themselves to find  creative ways of raising 3.500 DKK in order to fully sponsor a well for a specific school in worthy need in Sierra Leone.

Sierra Leonean schools with at least 200 pupils plus staff attending daily, and with limited or worse access to water (by JMP global monitoring ladder for drinking water services), will be able to apply for assistance to get a cheap hand drilled closed borehole with a cement floor and circle wall and a hand pump made for from locally available materials. 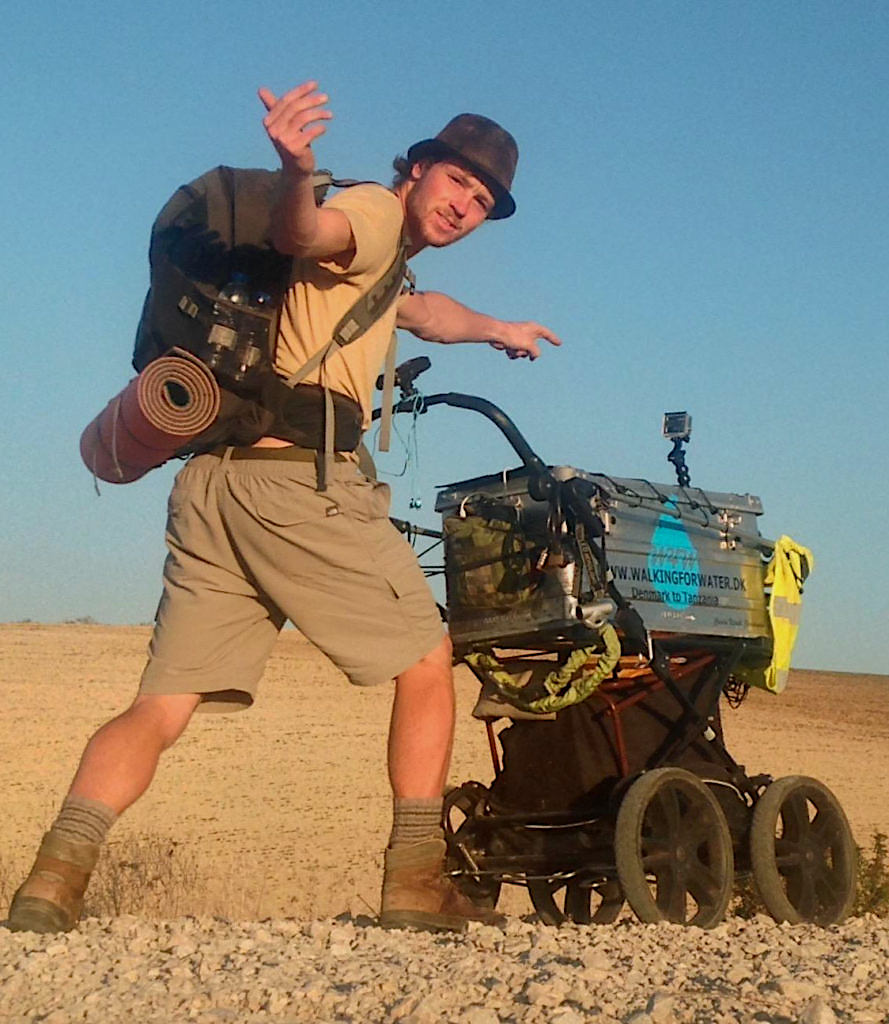